(Updated excerpt from "National Debt Crisis Reignites Reagan Revolution" (full article here) published on July, 31, 2011)
➊The original debt extension "request" was for 6 months so the "petty issue" would not effect Obama during re-election -– the exact same duration was given to Reagan, in order to end a 50 year Cold War with Communist Russia!

1a) If Democrats demand a full year of extension, then the GOP can demand a vote on a Balanced Budget Amendment by April 2012 AND include a 2 to 1 Cut to Debt Extension ratio. The 2:1 ratio would pay back the extension, pay down the national debt & cut spending -– the reason an extension is needed.

1b) If Obama wants a debt extension into 2013, then the GOP can demand a 3 to 1 Cut to Debt Extension ratio with a Balanced Budget Amendment & demand all states be given the chance to opt out of Obamacare like so many unions and businesses have already done. And like some states were already granted in a deal made behind closed-doors: Cornhusker Kickback, Louisiana Purchase & "pay offs" should ring a bell (here).


You've heard the radical buzz-words "balanced approach & shared sacrifice" being repeated daily. In order for sacrifice to be shared, both sides must experience some. Jim DeMint on Right To Work (here)
➋Democrats want to raise more revenue (for more spending) by closing tax loopholes. I think Republicans would be smart to accept their offer, but only if Democrats agree to pass a uniform tax-cut consistent with Article 1 Section 8 (all taxes shall be uniform) for both, business and consumer. Like Bush, Reagan balanced & cut taxes for all incomes across the spectrum before closing loop holes.

2a) If Dems insist on ending tax deductions, the GOP can demand Capital Gains Rates dropped to 0% (after ObamaCare raised it 3%) and cut Corporate Taxes 15% because ours are anti-business and are the highest in the world.

➣ 2b) If Dems insist on further dividing the nation, favoring only certain groups of Americans, while punishing the others who already pay the most tax of any (class warfare is a tenet of Marxism), the GOP should give it right back. If Democrats want a "millionaire tax," the GOP can demand America become a "Right To Work" nation (here), demand that ObamaCare be repealed with MONIES returned to "owner," demand that Unions repay their bailouts just like Wall Street Banks did (with interest) and demand to expedite the privatization Fannie Mae & Freddie Mac. "Shared sacrifice" comes to mind.♨

➌What other departments are being cut by one-third, who have and are failing the American people?

Harry Reid's Plan proposes cutting the military by one-third ($45B/year or 450B over 10 years), as if soldiers caused the economic crisis. But Reid proposes no solution for Government interference with Private-Market & mandating sub-prime loans – the root cause of the collapse.

Our Government's redistribution via the private-market (not PUBLIC) for 70 years is collapsing the dollar. It started with Fannie Mae, created by FDR in the 1930s. And 70 years seems to be the life-span of socialist experiments, after all, that's how long Communist Russia lasted until Reagan & their ultimate collapse.

Redistribution of wealth corrodes every person's God given right to IN-ndependence. The People's "PURSUIT OF HAPPINESS" is being replaced with a life of dependence & mediocrity, for those willing to accept the great fundamental chains of "the one" controlling the redistribution.

In this battle for Sovereignty, Nancy Pelosi actually said "I feel like The People's mother & want to make sure each child is cared for." But she's not "each child's mother," is she? Maybe this is why so many parents are underminded by Left-Wing teachers, and the Federal Department of Education! In other words, you DEPEND on Nancy Pelosi (Government) like a child does his mother. Talk about vulnerable! So much for the "land of the free and home of the brave!"

By the way, can "mother Pelosi" send its children to bed early with no supper, for back talking at the dinner table? For Freedom's sake, the process of privatization should begin immediately, not reduced by 10% per year until tax payer obligations are lower than $250B. See Govt interference here.


Housing is the most vulnerable area of our economy and Clinton, Cuomo, Dodd, Frank, ACORN, Tony Rezko, Franklin Raines & Barack Obama each took political advantage of it. The Federal Government mandated & redistributed fraudulent loans to the compromised Free-Market to absorb. They stole people's value & returns. "Free Houses" couldn't be redistributed via Congress, so it was carried out in the market.

The argument that "the real-estate bubble was Bush's fault" is for the weak-minded too.
Jimmy Carter’s “Community Re-INVESTMENT ACT” (here) gave the market its: “thanks for the home ~ sorry about your 401k” kind of moment. The general effects of sub-prime loans & Govt interference with the market are (here).

Top-Down, Bottom-Up: Clinton's HUD Director, Andrew Cuomo turned the real-estate industry into a racial issue with "affirmative action mortgages" in 1998 (see video here). The goal was to redistribute housing via mandating sub-prime loans. At the same time, Obama was working for ACORN & executing the "top-down, bottom-up maneuver." Obama & ACORN would bully private banks into making bad loans for those who couldn't afford them – while Clinton, Cuomo (Rezko, Raines etc) provided Government guarantees for those bad loans, leaving The People on the hook via the Market! Oh yes. The Clintons & Obamas have more than redistribution in common. They're both linked to shady deals involving real-estate convict, Tony Rezko. 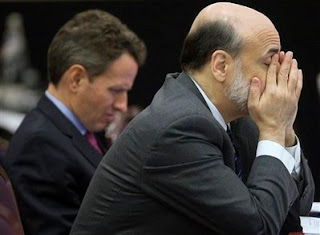 Fannie & Freddie (owned by We The People) are all but under-water. IF they want to compete, then they should turn loans they cannot handle over to the private market to affirm actual value (liquidity) & impose industry standards returning The People's value (and their earnings) back to the market (to The People it was taken from).

★ Instead of asking "gramma & the children to suffer cuts in care," just ask those who can’t afford & shouldn't have their mortgage to move out of their Government Sponsored & taxpayer owned house.
Resell the property at actual market value to one who meets credit standards. Houses do not grow on trees, Comrades! Even Barney Frank admitted “rental housing is a better option for low income.” (article link). The sub-prime pandemic remains dire to this day here.

There are bigger & better opportunities to turn the economic crisis around. It's a simple concept – protect EVERYONE'S right to independence – especially from foreign Governments & our own.

I've said this for years (here), "implement reflective trade policy (fair trade) with all others (like CHINA). Loosen the grip that Unions have over employment & employers. And renew the Private Market with a flood of (domestic oil) revenue & American jobs."

Why are we paying Billions to secure our nation as result of 9/11? Whether it's the TSA Program or Port Security – we are paying for heightened security as if 9/11 were OUR fault. Instead, propose a 9/11 Security Tax on ALL imports.
➍If Republicans want to add substantial & new revenue, they should demand more fossil-fuel drilling permits & immediately increase drilling here – in America. How is reliance on foreign oil working out for the USA so far? Domestic production would put more people to work, drive down cost on everything & provide new tax revenue to pay down the debt.
There's a lot that can be done with proper negotiation & it means give and take (not just take). Dems can no longer depend on lying & obnoxious behavior. They should be prepared to give, for a change, instead of always just taking.

Democrats use redistribution as a means to pick and choose which moral issue to try & use. They continue to further divide society against itself. And they do so while putting their own will above the Creator & disrespecting the God given Right To Life. 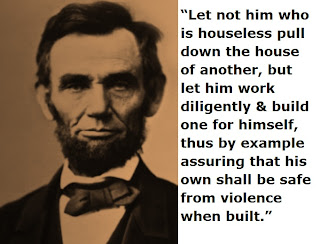 Abraham Lincoln relied on & actualized the Declaration of Independence ~ "all men are Created equal, and are endowed by their Creator with certain inalienable Rights, among these are the Right to Life, Liberty & Pursuit."

Democrats continue to disregard the one document of America's Founding that remains unchanged - the Declaration of Independence.

The same Democrats who say, "abortion is only a 'social issue" completely disregard the Declaration, just like before. Liberty runs much deeper than do fiscal issues easily solved. It's inherent to man's soul to be free – not rich – although with work the latter may result. Children are also "endowed by their Creator" and are discriminated against because of age in order to "give" the easily convinced parents a chance at what?

The Father of the Republican Party, Abraham Lincoln said, "Those who deny Freedom to others, deserve it not for themselves" and it includes the so easily convinced and selfish enough to take another's freedom / life away.
➎The same Democrats dismiss the $2B/year cost to tax payers (here & here) to run a mill that has taken over 40 Million innocent souls, so far. Per the ACLU, the states spend over $1.5B/year on abortion via Medicaid. Plus, Obama funds international abortions via USA.I.D (AID = Agency for International Development) to the tune of $460 Million/year. Another $370M//year goes directly to Planned Parenthood (here). Still, another $39M/year goes to the UN for "population control programs" (here).
Over ten years, the total amount taxpayers spend on abortions is $23.7B. How can we afford all this wasteful spending during such an economic crisis? In lieu of knowing that $24B goes to fund ending lives of others before a certain age, it is demeaning to even bring-up money. $24B to end well over 10 million lives (add international toll) in the next 10 years via the American tax payer.
We're about to pass Mao Tse Tung's total number of 50 Million lives taken, and all while you & I quietly fund it!! Do Dems really expect those of faith to continue funding this atrocity?
Instead of ALL tax-payers funding it, there ought to be a literal sin tax for abortion.


Individuals should pay for their own contraceptives. God creates life, and it's not up to man to say when.
Stimulus cost over $1T, Fannie & Freddie contribute $1.7 T to the debt (with $5T in continuing liability) & Obamacare cost $3T, yet the Radical Left blames Bush because terrorist attacked America & spent $1.2T over ten years on the response? And now they need “new revenues” after their radical agenda has all but bankrupted the nation?

The cumulative total for just 3 Democrat programs is $5.7 Trillion. The Left thinks your money belongs to them, and say tax-cuts “cost” them revenue (theft). 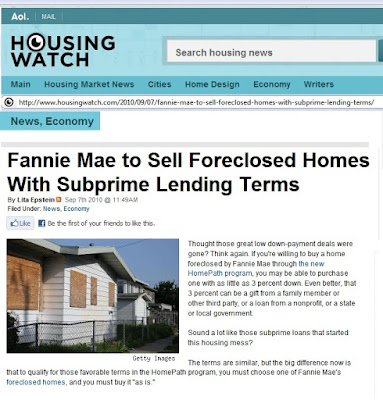 Democrats outspent Republicans by $3.7 Trillion over 10 years. These are just 5 pieces of legislation & do not include the revenue already lost by not allowing drilling but demanding redistribution.

We The People are asked to raise the National Debt ceiling AFTER record level spending, after the Debt equals 100% of total GDP for the first time in US history, after ever-rising food & gas prices, after increasing the inflation already caused by the Government's continual printing of the dollar & interference within the private-market! Who are we bailing out?

Obama's economic policies are a proven disaster. "Total unemployment" -- which accounts for those who have "stopped looking for work" -- is at the highest level since the Great Depression at 20%. And Obama has yet to even pass a budget in 3 years, unlike House Republicans with Paul Ryan.

One single bill signed by Obama (Stimulus) out spent the entire cost of the War on Terror. The SPENDING has to STOP & so does our Government's lack of respect for our God given natural rights & our independence.
Posted by P.S. Read at 11/04/2011 11:53:00 AM