Neal Rauhauser, (see the above photo album or click here) is a blogger for the Daily Kos (here) and Co-Founder of Progressive PST (here & here).  He admitted (here) to creating a Twitter account which he used to collect & recruit anonymous users to launch disgusting attacks in an attempt to intimidate those he politically disagrees with or who might be bad for Progressive PST's 9 Democrat Candidates (here).


Among its listed clients is Alaska's US Senatorial Candidate, Scott McAdams. 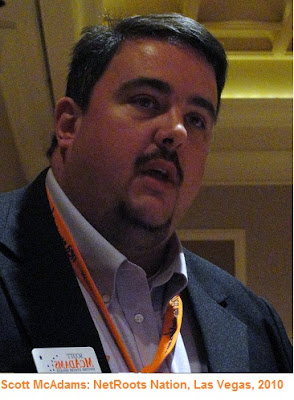 Rauhauser's company is focused on social-media sites and uses them as campaign tools as a means to win elections. In retrospect, McAdams should have trusted  his neighbors "boots on the ground" as opposed to a random extremist found on the Daily Kos and at Net Roots Nation (here).  Since his company focuses using social media, and not knocking on the door and greeting others with a polite smile (here), Rauhauser's attacks are focused on Twitter users.

On a side note, all of the leftist-bloggers were too busy enjoying their "working-vacation" to write any articles in protest that candidates (including Harry Reid) had the time & money enough to afford a trip to Las Vegas using "contributions." Their protest must only be reserved for Corporate America, who selfishly goes to Las Vegas and takes "working-vacations," like Net Roots Nation with their favored candidates.

As clearly documented (here)  Rauhauser's strategies are vile and the fact that McAdams didn't do anything about the attacks raises a question about his integrity and his character. Americans already have a so-called representative, who has been yelling non-stop at half of them for two years --it doesn't need more of the same.

And let me be clear, Scott McAdams and Neal Rauhauser are very well acquainted. 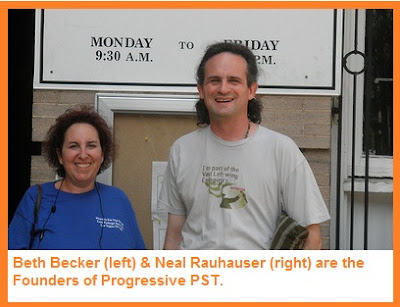 McAdams endorsed (here)  and promoted Neal Rauhauser's "Stranded Wind Initiative (here)." This initiative is a desperate cry by an extremely radical, anti-oil environmentalist (left) who is trying to capitalize on the governments overspending on green (renewable) energy plans (here).  Murkowski also endorsed renewable-energy (here)  when she voted for the government's demand (not the markets) raising the amount of bio-fuel "harvested" to 36 billion gallons by 2022.

McAdams lacks any real political experience and may not have done proper research before hiring the likes of Neal Rauhauser. As a former security guard turned one term Stika Mayor, Scott may have gotten into something way out of his league.

McAdams almost has the same amount of experience as Sarah Palin had before running for her 2nd term as Wasilla Mayor. And we all know how the leftist bloggers deal with her, but somehow Scott McAdams' glaringly-clear lack of experience s being overlooked by Leftist Bloggers. As a matter of fact they are supporting his inexperience (here).

Incidentally, Murkowski served her first of two terms on Alaska's Legislature from Wasilla. She left the Legislature after her 2nd term serving Eagle River when her father appointed her to the US Senate (here).

Using his Twitter Account (here), Neal Rauhauser (aka “Stranded Wind”) coordinates with and acts at the bequest of seven National Democrat Candidates and two state candidates. They hired him to represent their campaigns by servicing their social media needs. Per their website, Progressive PST performs “outreach to a network of social activists, ready to accelerate (the campaigns)  by ‘recruiting new supporters and volunteers.” 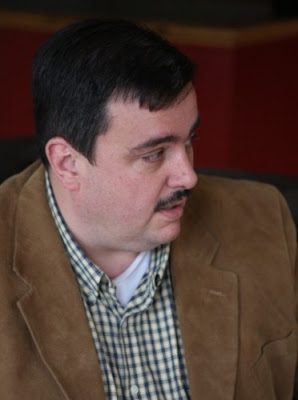 In previous articles, (1 2 & 3) it was disclosed that Neal Rauhauser was  also actively employing the use of racism and making violent threats to intimidate others on the Internet. His Internet-based-service "for progressives by progressives," builds candidate websites, recruits volunteers & social activist and  Rauhauser offers each candidate positive content from the media; mostly on behalf of the Daily Kos.

Here are several articles the Daily Kos did in support of Scott McAdams (here). And here is a look at Rauhauser's organization used to support his candidates (here) as seen on Daily Kos.
In this article (here), Scott McAdams consultant, Neal Rauhauser, is seen leading a group of his activist as they attack a woman whose Veteran husband committed suicide. Rauhauser and his group berates her & mocks the death of her husband.  She was later interviewed for the article.
Again, on August 2010 Neal R. Rauhauser admitted to opening an alternate Twitter account called “Wing Nut Watch.” He allegedly created it to monitor the “extreme elements of the tea party and right-wing,” (per his Daily Kos article). Acting on Twitter, “Wing Nut Watch,” aka "Stranded Wind" aka Neal Rauhauser serviced his nine Democrat candidates but also engaged in something very devious. Opposite his stated goal, Rauhauser put together a seemingly anonymous collection of anti-social thugs called “Legume Of Mass Destruction” and “The Bean Dog Militia.”
These are the background articles (one & two) about the issue at hand: that an organization hired by National Democrat Candidates, including Scott McAdams,  is linked to organizing, coordinating & participating in vile attacks targeting conservatives and tea party members on social media.
After this article, Rauhauser's "Wing Nut Watch" Twitter account was deleted but his association with his social-activist & volunteers is ongoing. They can be found listed on Rauhauser's twitter page, (here). He continually attacks other social media users. And still, Scott McAdams remains silent about it.
Posted by P.S. Read at 11/01/2010 05:52:00 PM