Recently, Bill Clinton (“where are we Democrats now?” (here) -- Lost, is where!) took another shot at the tea party saying that he didn't "understand how someone could stay so angry for so long and not need therapy."
Perhaps Bill doesn’t look to his left at night when he goes to bed.

Or maybe he forgot that Anti-War protesters have been at it since the 1960s, which is a little longer than two years. They don't need therapy though, right Mr. Clinton? It's too late. Anti-War Protesters can only be helped by straight jackets.
Clinton ought to remember the drug induced Anti-War Protesters, after all he was one of them. Could the reason that Bill forgot about these protesters be the result of his drug use? Maybe this is Clinton's way of admitting he really did inhale. Of course, he wasn’t exactly in the US while protesting her loyal sons of liberty. No. Clinton documented his disdain for our military from England—and did it while his countrymen were busy driving the Communist out of South Vietnam.


It was a war escalated by one who Bill Clinton loves to coat-tail on as well, the great John F. Kennedy. As a young man, an Eagle-Scout-uniformed Bill Clinton met and shook the hand of JFK--whose war he would later go onto eagerly protest. It's a protest that has now lasted for 45 years!


JFK's brother (Teddy) also took on the same socialist ideal that Jack fought against directly during WW2, and contained during the Cold War. Consider JFK's Bay of Pigs, Cuban Missile Crisis, and his Vietnam War effort. Tell me John F. Kennedy would be happy, knowing the far Left (including his brother) would later adopt the same Marxist policy which he spent much of his "shortened by a Marxist-assassin" life fighting. Oswald, a self avowed socialist, defected to Russia before killing JFK. And Kennedy (the REAL one) would throw a fit if he ever knew the end result of his party's scam!

Here is a copy of Clinton's Vietnam Draft Letter sent from England to Col. Holmes (here). It details Clinton's hate for the military. Again, it was sent during a war that his friends and neighbors were dying while fighting to free an oppressed people. Note to the Liberals: Freedom is never imposed, because Freedom is not an imposition! These same honored men, our American troops, who unselfishly sacrificed a great deal for their country without the benefit of campaign donations were spat-on when they returned home from fighting a war to free others. And the likes of Bill Clinton and his "mind altered by acid, anti-war protesting crowd" were the ones spitting on our returning heroes.

As Bubba knows all too well, no amount of therapy can heal a mind askewed far-left, especially when so easily convinced it's right. Nor can it heal one that is tainted by a cheating husband whose affairs, and cigars, are well documented & very much part of the now askew immoral fiber of the Left.

Clinton's father must have been so proud as young Bubba went off to Russia to protest Kennedy's War (here). Russia is the country that JFK almost started World War 3 over because of Khrushchev's attempt to arm Cuba with Nuclear Weapons. Rest assured, JFK would've shattered the hand he shook years earlier had he known that young Bill Clinton would go onto embrace Russia as he protested Americans fighting against Communist in North Vietnam. It was a War escalated by JFK himself. Let alone the fact that it was by a Russian defector's hand that JFK died. Suffice it to say, John F. Kennedy would not be happy with Bill Clinton, nor with his former party's misdirection since his passing.
During his now third swipe at the tea party, Clinton took the time to remind his sheeple that he was the only President in recent American history to balance the budget. To this end, his swooning crowd erupted in applause. 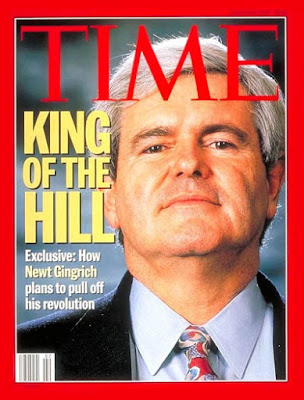 They must have forgotten that Bill Clinton did not get a single budget passed after 1994—when the balanced budgets were produced. This fact was the result of the famed Republican Revolution.

With less ground to gain than they currently have, in 1994 Newt Gingrich and the GOP took over both the House & Senate. They stopped Hillary-Care from taking over one-sixth of the US economy. And in an inspiring display of moral courage, Gingrich went as far as to close down the Federal Government over the disagreement!

Much respect to the Speaker. He took the fire from the Liberal Media, and knowing he'd catch hell for it, he pressed on anyhow. The man had the heart of a lion and I’ve never once seen him lose a debate—not while being interviewed by the rabid Liberal Media and not on the floor of the House.
Clinton also misrepresented the Democrats record regarding unemployment. An example is the 1970s misery index or inflation plus unemployment. Jimmy Carter has the second highest misery index since 1940 through present day! Obama has the glorious lead of the highest combined unemployment and inflation. Obama’s average unemployment rate is 9.8%. Bush’s average unemployment rate was 5.4%. 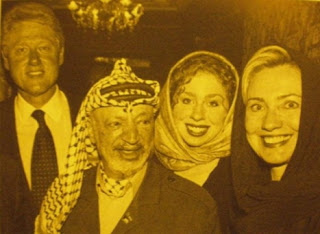 "No nation can tax itself into prosperity," is a famous JFK quote. This laid the groundwork for Kennedy to both lower the income tax rate and to lower capital gains tax. Maybe the drug ridden brain of Bill Clinton forgot that part of history too!
I would also remind Bill Clinton, and his swooning crowd, that he was also one of the only Presidents to ever be impeached! Of course, if he ever looked over to his left at night, Bill might remember that part of his storied past.
Posted by P.S. Read at 11/02/2010 02:22:00 AM