Would you freely give your private information, from  Facebook &  other social media sites, to a foreign country? What if the information included your entire network of friends and was given to several foreign countries and foreign companies during War Time?

In April 2009, Russian Telecommunications Giant – Digital Sky Technology (DST) – bought $200 Million worth of shares from Facebook and another $100 Million worth of shares from its employees for a grand total of $300 Million, or 3.7% ownership. It was the largest private purchase of Facebook since 2007 when Microsoft invested $240 Million in order to satisfy its appetite for advertising & captured 1.6% ownership  worth $15 Billion.

Digital Sky Technology's Co-Founder, Yuri Milner, hinted that Facebook was only their first step towards "investment" in American social media networks. They are alleged to make a move for shares of Twitter as well.

Milner co-founded DST in 2005 -- based in London & Russia – after it was said that he was the first Soviet citizen educated at Wharton (UPenn). Fast forward five years and it's now the largest “internet service provider” (ISP) in Eastern Europe. And its investment group isn't doing too bad either. Per its web site, DST has raised & invested more than $1 billion in over 30 companies, including Russian web-portal service, Mail.ru and in Russian social-networks, Vkontakte.ru & Forticom Group.

In December 2009, Milner invested $180 million into Zynga, a social-gaming company, allowing it to grow privately without the need to go public. Afterward, DST invested in Groupon, a tool for "collective action" which was started by The Point.com. It offers "deals of the day" to local markets, but the deal is only honored if enough people sign up for the "group-on" and participate (cough!). "It's a way for all people to enjoy really great things at the cheapest possible rate, so make sure to get all of your friends involved."

Americans used to know when reliable stocks were at their lowest, it was a great time to invest. The old adage goes, "buy low -- sell high." Of course, now America is operating in uncharted waters after the market-collapse & the same Government that caused the collapse (ours) now props the market up with Government (taxpayer) bailouts.  The crisis was the result of Government programs & mandates like those of Fannie Mae & Freddie Mac. It all went down a mere two years after the Democrats took Congress as Barney Frank did away with the need for capital to enjoy home-ownership.

And who profits the most from the Government bailouts?


Foreign countries own $5 Trillion of US Debt while Americans only own $2 Trillion of our own debt & the Federal Reserve (with other government assets) own another $5 Trillion of US debt. The total is $12 Trillion but the debt is said to be $13.8 Trillion & the Administration DID NOT present – nor did Congress pass – a budget in 2010. The Total Debt has to be higher than $14 Trillion especially considering Obama's record-breaking 2009 budget. The “official debt” is already at an all time high – nearing $14 Trillion – or 89% of Gross Domestic Product (GDP), so just imagine what piling on another $3 Trillion would do.  Straw meet camels back & America meet bankruptcy.


One might call it Global Redistribution of American (taxpayer) Wealth.

Moodys is the responsible agency for credit ratings worldwide. They advise that Obama's "team of wizards" to do something to reign in spending & raise revenues quickly (like spark job creation) or the future will be bleak. The term double-dip recession is being muttered about corporate offices across America. Moody's Chief Economist, John Lonski, says it could be worse, "(Foreign countries) could stop buying U.S. debt and start buying U.S. companies outright."

And then Russia’s Digital Sky Technology (DST) announced in April 2010 its purchase of American owned, ICQ.com. The purchase price was $187.5 Million and check made payable to AOL.

Also in April 2010 China's largest Internet Service Provider -- Tencent -- acquired 10.3% ownership of Russia's DST for $300 Million. According to a Shenzhen (a city in China) official, "this move is part of a 'long term strategic partnership."

Shortly after, this headline appeared describing the feeding frenzy on American Tech stocks, "China & Russia to Silicon Valley: We Own You."
But the world-wide-web spun even more silk last May when Russian President Medvedev announced that Digital Sky's Yuri Milnen was to "police the Russian network and clean it of all illegal activity." What defines policing the net and cleaning it of all illegal activity is left to the Kremlin. Milnen’s appointment is striking because it is said that his network is the source of the vast majority of “illegal activity.” And according to McAffee.com, Russian & China generate 97% of all viruses and mal-ware platforms that are sent to & affect American computers.

What impact will there be on Americans as Yuri Milnen, co-owner of Facebook, is now the Censorship Czar in Russia? Make note & get your popcorn ready for Zuckerberg vs Medvedev. The stakes will  be your American Right to Free Speech while using Facebook vs the Kremlin's censorship and its new regulation task force. One thing is clear, Russia has learned how to capitalize.

Last July,  Naspers, a South African media group, absorbed 30% of Digital Sky. They purchased $388 Million in shares and transferred 39% of its holdings into DST – making their total investment close to $1 Billion. The vast majority of their holdings were in Mail.ru and just last month Digital Sky Technology changed its name to Mail.ru Group.

It means that China will have ownership rights to each of the above American based social media networks, as will South Africa and Russia. For the last decade, China has been perfecting facial-recognition technology. The technology was used at the 2008 Olympics. It is used to implement even more control over their citizenship. It also means that when you tag someone in Facebook, Russia and their new partners, including The Chinese “Face Recognition” Government will have access to it.

Consider that the Chinese military recently attacked the Pentagon, and has been attacking US agencies & companies for a long time. Are you concerned about your information now? The US Government just announced last month that the Pentagon is taking aim at Communist China’s militant attacks.
“The China report is one way to send a signal to Beijing. The Pentagon report says that last year "numerous computer systems around the world, including those owned by the U.S. government, continued to be the target of intrusions that appear to have originated within" the People's Republic of China. Those attacks, the report said, "focused on ex-filtrating information, some of which could be of strategic or military utility."

Still think the Cold War is over? 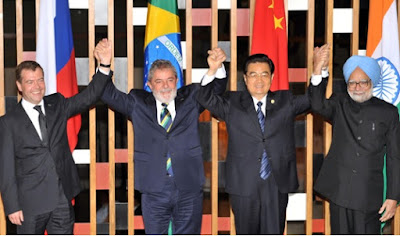 The Russian-mafia was recruited in the Kremlin’s cyber-attack on the former Russian state of Georgia. It was left disabled by a massive cyber-campaign which knocked out much of its utility just before it was invaded with tanks. In the end, the attack cost Georgia her capital city. Barack forgot to ask Medvedev to leave the democratic nation’s capital city – which isn’t very "world police" of him. Is this the sign of a friendly nation, acting in good faith?

If you have active military in your social network, consider the type information that could be collected & sold. It is a good idea to NOT TAG US soldiers on Facebook. The military already knows who they are & no one else needs to know their personal networks. We are talking about two countries that are aligned & still doing business with Iran. Russia is said only to be interested in the game-applications (like Farm Land), the “buy-a-gift” program & e-credits, which is how users pay for offers. Facebook’s CEO, Mark Zuckerberg, said that Russia was brought on to, “to take these applications to the next level.”

Forget about whether or not you trust corporate America, do you trust giving your personal information to foreign countries & handing over your entire social-network to them by granting access of your entire account via certain applications?

How important are those Facebook "farming" games to you? Imagine what all of this type of information, including face-recognition, would be worth to a country looking for intelligence or to an eager businesses (black market or otherwise). Knowing experts in the Industry (civilian & otherwise) be advised, you may want to delete your Facebook account and just start all over. With your new account, don’t include pertinent background information, much less tag any photographs.

Cisco announced it is helping Russia develop it's own Silicon Valley and investing $100 Million in venture capital into Russia. When Medvedev was on the Left Coast, he even visited Twitter.com, where he signed up as the @KremlinRussia and sent out his first tweet. “The Kremlin” is a term used to describe the Soviet Union's government from 1922 - 1991. But Twitter Co-Founder, Biz Stone, was pumped "This is one of the most special days in Twitter history."

It is unknown if Mr. Stone felt the same way of Communist dictator, Hugo Chavez. Venezuela is very friendly with Iran too, just like Brazil, Russia and China -- maybe they could buy some stock in Facebook!!
Posted by P.S. Read at 10/02/2010 05:06:00 PM